Swallow-tailed Kites are graceful, acrobatic hunters and they usually catch their prey mid-air. Insects like dragonflies, cicadas,  wasps, bees, crickets, and beetles are their primary food. They also eat small snakes, frogs, lizards, and small birds when flying in from the treetops.

Swallow-tailed Kites are famous for their aerial acrobatics and they twist, turn, roll and dive whilst flicking their forked tail in pursuit of prey. 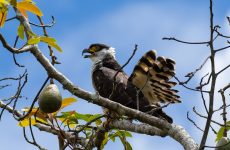 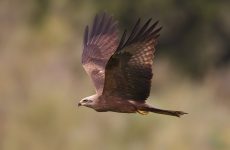