There are 8 species of Owl in West Virginia:

To find owls in West Virginia head to woodland at dawn or dusk for the best chance of seeing them. Try looking at high perches on the edge of the forest overlooking open grassland or pastures.

The 8 Species of Owl in West Virginia

The Barn Owl can be seen all year in West Virginia but is not very common.  This white-faced silent nocturnal bird is about the size of a crow.

The Eastern Screech-Owl can be seen all year in West Virginia and is commonly found east of the Rockies.

Abandoned woodpecker nests are often used by the Eastern Screech-Owl or other holes or cavities as they never dig one themselves. They don’t add any nesting material, instead laying the eggs on whatever debris is on the bottom of the cavity. They lay 2-6 white eggs.

The Great Horned Owl can be found all year in West Virginia and across all of North America.

Great Horned Owls are gray-brown with a mottled pattern and a white patch at the throat. They have broad rounded wings and a deep hooting call.  It is one of the most common owls in North America and lives in most habitats from forests to deserts, cities or grasslands.

Birds and mammals, even bigger than themselves, are prey for these powerful hunters. They will also hunt other raptors such as Ospreys, Peregrine falcons or other owls. Their varied diet includes small rodents such as mice or, skunks, geese and hares or insects, fish and carrion.  They are not fussy and will eat almost anything!

Snowy Owls can be found in West Virginia in winter but rarely as this is the southern edge of their winter range.

The Barred Owl can be found all year in West Virginia. These large stocky birds are between the size of a crow and a goose.

The Long-eared Owl can be found in West Virginia all year. They do migrate to other states after breeding and from more northern states and Canada.

The Short-eared Owl can be found in winter in West Virginia after migrating from more northern states and Canada after breeding.

The Northern Saw-whet Owl can be seen all year in West Virginia but may migrate here in winter from more northern areas.

This tiny owl is only about the size of a robin. 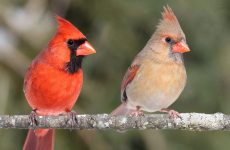 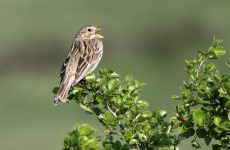 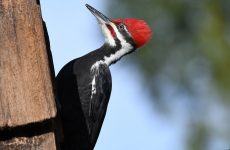