There are many types of birds of prey that can be spotted in Maryland, including owls, hawks, eagles, and vultures.

Mississippi Kites breed in Maryland and are spotted here from April to September.

Swallow-tailed Kites are rare species in Maryland but they have been spotted here during migration.

White-tailed Kites are extremely rare birds to see in Maryland but they have been accepted by the Maryland Ornithological Society, under their review list. 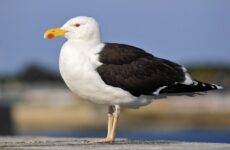