There are 6 species of hummingbirds in Indiana that have been spotted. Of these, 1 species is recognized on state checklists as regularly occurring, 4 additional species are considered rare or accidental, and an additional one regarded as near-threatened.

In Indiana, all hummingbird species migrate. In summer, the most common species are Ruby-throated Hummingbirds.

You can print out a free bird identification photo guide for Indiana to help you identify many of the birds that visit your backyard.

6 Species of Hummingbirds in Indiana:

6 Species of Hummingbirds in Indiana

In summer, Ruby-throated Hummingbirds are the most frequently spotted hummingbirds in Indiana and appear in 22% of checklists submitted by bird watchers for the state.

They spend the breeding season in the state and are most commonly seen from May to September, but they may arrive as early as late-MArch and stay until December.

Anna’s Hummingbirds are accidental species in Indiana, and they have only been spotted in the northwest of the state in Highland in 2020.

Rufous Hummingbirds are considered near-threatened species in Indiana but they were spotted in Perry in 2022.

Rufous Hummingbirds are one of the longest migrating birds relative to their size, traveling up to 4000 miles each way. They breed in northwest Alaska and northwest Canada in the summer and migrate down to Mexico and the Gulf Coast for winter.

Black-chinned Hummingbirds are considered accidental or rare species in Indiana, but they were last seen in Hidden Valley Lake in 2021.

Calliope Hummingbirds are regarded as accidental species in Indiana and they were last been spotted back in 2014 in Vanderburgh.

Mexican Violetears are accidental species in Indiana, and they are extremely rare to find in the state. In fact, they were only spotted once back in 2011.

How Frequently Hummingbirds are Spotted in Indiana in Summer and Winter

Checklists for the state are a great resource to find out which birds are commonly spotted. These lists show which hummingbirds are most commonly recorded on checklists for Indiana on ebird in summer and winter.

Hummingbirds in Indiana in Summer:

Hummingbirds in Indiana in Winter:

How to Attract the Hummingbirds of Indiana to Your Backyard 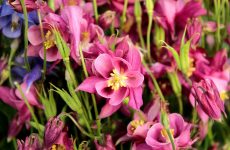 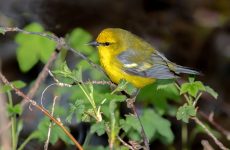 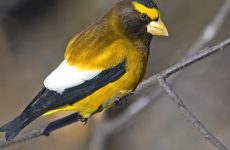 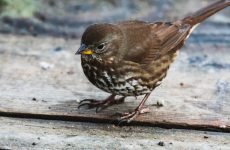