There are two main species of Hummingbird in Ohio but a total of 7 species are recognized in state bird records.

Species of hummingbirds are classed as resident, seasonal or rare in each state and according to avibase and accepted by the Ohio Ornithological society these are the types of hummingbird in Ohio in each group:

Resident Species of Hummingbirds of Ohio:

There are no species of hummingbird classed as residents in Ohio.

Seasonal Species of Hummingbirds of Ohio:

Rare/Accidental Species of Hummingbirds of Ohio:

Mexican Violetears are considered casual species as they can wander.

Most of these accidental species have only been seen a few times in Ohio.

Read on to find out everything you need to know about hummingbirds in Ohio.

Ruby-throated Hummingbirds of Ohio are a common sight in summer and they usually start to arrive in spring in April but mostly in May. Males usually arrive first up to one or two weeks before the females.

In the fall migration usually occurs between September to Mid-October but some hang along longer.

Rufous Hummingbirds are not very common in Ohio but a few each year do wander this far north in winter. A good reason to keep your hummingbird feeders out in winter.

Mexican Violetears are accidental species in Ohio and are extremely rare. Some non-breeding Mexican Violetears may fly north into the United States more commonly to Texas, but some have been spotted as far north as Michigan and Ohio but very rarely.

Some non-breeding Mexican Violetears may fly north into the United States more commonly to Texas, but some have been spotted as far north as Ohio but very rarely.

Black-chinned Hummingbirds are an accidental species in Ohio and have only be seen as an exciting stakeout in 2020 near Columbus.

are dull metallic green on the back and grayish-white underneath.  The males have a black throat with a thin iridescent purple base and the females have a pale throat and white tips on the tail feathers.

They eat nectar, small insects, and spiders and their tongues can lick 13-17 times per second when feeding on nectar. Nests of Black-chinned Hummingbirds are made of plant down and spider silk to hold it together and they lay 2 white tiny eggs that are only 0.6 in (1.3 cm)

Calliope Hummingbirds are accidental hummingbirds in Ohio that have only been spotted here a few times around Columbus, 2017 was the last time.

Allen’s Hummingbirds are accidental hummingbirds in Ohio and they have only been spotted a few times in winter, but not recorded in the last 10 years.

An accidental species of hummingbird in Ohio, Anna’s Hummingbirds have been spotted only a few times in the state in winter but not since 2017.

Also, check out these great articles about birds in Ohio:

How to Attract the Hummingbirds of Ohio to Your Backyard

If you would like to attract more hummingbirds to your yard in Ohio here are some tips: 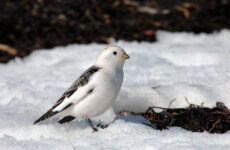 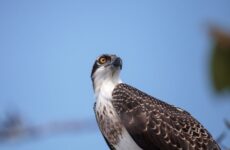