Common Redpolls are small and have red foreheads, and are brown and white streaked over the rest of their bodies. Males also have pink breasts, but females do not. They have small bills for finch and a short notched tail.

Common Redpolls breed in artic in Canada and spend the winter in the rest of Canada and northern US states and less frequently in central US states.

You can find Common Redpolls in weedy fields or feeding on catkins in trees, but they will also come to feeders for small seeds such as nyjer seeds or thistle.

Nests of Common Redpolls are hidden in rock crevices or in dense, low shrubs. To keep the nests and the eggs warm, they are usually built out of moss, feathers, plant material, and animal hair. The female lays four to seven eggs that she incubates for about eleven days.

Even after they hatch, the young still stay in the nest and are cared for by their mothers for two more weeks.

Attract them to your backyard by feeding them nyjer seeds and shelled sunflower seeds.

Common Redpolls can survive temperatures of -65 Fahrenheit without freezing to death. They add around 30% more feathers to stay warm. 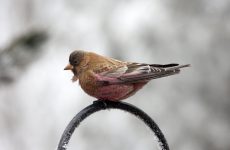 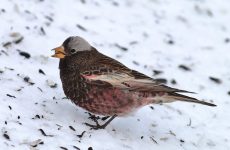 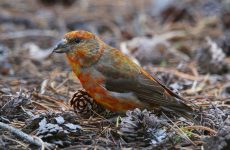 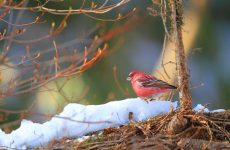 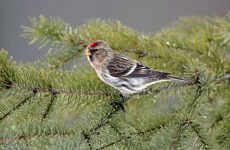 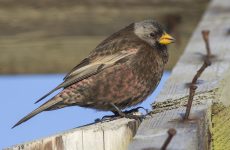