There are 12 species of red birds in Wyoming that have been spotted. Of these 7 species are recognized on state checklists as regularly occurring and an additional 5 species are considered rare or accidental.

This guide will help you identify the species of red birds in Wyoming according to avibase. Some of these birds migrate, and some remain all year.

You can print out a free bird identification worksheet for Wyoming to help you identify all birds that visit your backyard.

The most common red bird in both summer and winter in Wyoming is the House Finch. The Cassin’s Finch is more commonly seen in summer, and several species are only spotted in summer in Wyoming. Keep reading to find out which ones.

Cassin’s Finches can be seen in Wyoming all year, but they are more commonly seen during summer.

Red Crossbills are fun birds to spot all year in Wyoming.

Pine Grosbeaks can be spotted in Wyoming all year, mostly in Yellowstone National Park and Bridger-Teton National Forest.

Common Redpolls are rare in Wyoming, but they can be seen here during winter.

White-winged Crossbills are rare red birds in Wyoming but they can be spotted in the state all year mostly in the northwestern part of the state.

Northern Cardinals are considered an accidental species in Wyoming but they have been spotted in Rawhide Wildlife Habitat Management Area.

Scarlet Tanagers are considered an accidental or rare species in Wyoming but there were sightings of these beautiful red birds in Labonte Park.

Summer Tanagers are an accidental species in Wyoming, but some have been spotted around Bighorn National Forest and a few others near Casper Mountain.

Painted Buntings are considered an accidental species in Wyoming. However, there are a few records of these vibrant birds being spotted in Lander City.

Purple Finches are very rare red birds in Wyoming. Over the past ten years, they have been spotted in Riverton Country Club and Eagle Ridge Ranch.

Hepatic Tanagers are extremely rare red birds in Wyoming, but they have been accepted as accidental or rare by the Wyoming Bird Records Committee.

Checklists for the state are a great resource to find out which birds are commonly spotted here. These lists show which red birds are most commonly recorded on checklists for Wyoming on ebird in summer and winter. 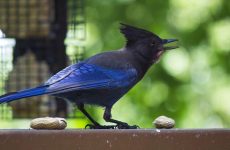 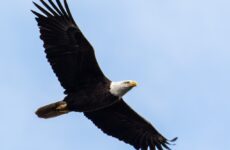