There are 2 species of kites in Quebec that have been spotted and they are the Swallow-tailed Kite and the Mississippi Kite. However, they are both accidental species here.

There are many types of birds of prey that can be spotted in Quebec, including owls, hawks, eagles, and vultures.

Swallow-tailed Kites are extremely rare in Quebec and are considered accidental species in the province. However, they were spotted around Cap Tourmente National Wildlife Area in 2022.

Mississippi Kites are accidental species in Quebec. They are extremely rare in the province but they were spotted around Saint-Valerien-de-Milton in 2022. 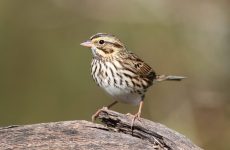