Three of the four species of eagle found in North America have been spotted in Maine. They are the Bald Eagle, Golden Eagle, and Steller’s Sea-Eagle. However, the Steller’s Sea-Eagle is rare or accidental in Maine and is not spotted very often.

If you are interested in birds of prey, you should check out these guides to hawks in Maine or Vultures in Maine. Also, watch all the eagle nesting action on live cameras and find out incredible Bald Eagle Facts.

This guide will help you identify the types of Eagles spotted in Maine according to avibase and uses data collected from bird watchers on ebird to give real information about when these birds can be spotted.

3 Species Of Eagle In Maine

Golden Eagles are not spotted very often in Maine, but there have been a couple of sightings here during winter from November to April. They were recently spotted around Acadia National Park and Boothbay Harbor in 2022.

Steller’s Sea-Eagles are vulnerable species in Maine and they are also considered rare species in the state. However, they have only been spotted around Sagadahoc and Lincoln from late December to January.

It has a white forehead, yellow eyes with a dark pupil, and a really large, yellow hooked bill. Its body is dark-brown or black with white shoulders, belly, wings, legs, and tail. Its feet are yellow with sharp talons.

Juveniles are similar to adults, but they have no white shoulders, and the end of their tails are dark. It takes around four years for them to attain the coloring of adults.

Steller’s Sea-Eagle has a very rare dark morph that has black feathers everywhere except for its white tail.

Fun Fact: Steller’s Sea Eagles sometimes build a second alternate nest in the event that the first one becomes so heavy that the branches it’s sitting on can’t carry the weight and break. 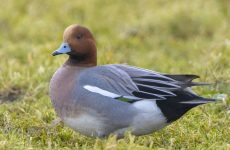 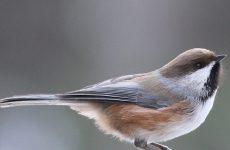 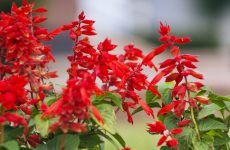