This guide will help you identify all the species of Chickadees that can be spotted in Manitoba with photo IDs and descriptions, audio recordings of their songs, and fun facts, plus more.

There are 2 types of chickadees that can be spotted in Manitoba. The most common are Black-capped Chickadees, but Boreal Chickadees are also regularly occurring.

Chickadees eat insects and seeds, and they will often come to backyard feeders for seeds or suet. Find out the other types of backyard birds that regularly visit Manitoba and print a free ID chart.

This guide will help you identify the types of Chickadees spotted in Manitoba according to avibase and uses data collected from bird watchers on ebird to give real information about when these birds can be spotted.

2 Types Of Chickadee In Manitoba:

Black-capped Chickadees are residents of Manitoba all year. Although they occur in more checklists in winter, this is due to the lack of other birds in winter, and they visit feeders more.

They do not migrate and occur in 26% of summer checklists and 62% of winter checklists submitted by bird watchers for the province.

Boreal Chickadees are not very common in Manitoba but they can be spotted here all year. They appear in 2% of summer and winter checklists.

How Frequently Chickadees are Spotted in Manitoba in Summer and Winter

Checklists are a great resource to find out which birds are commonly spotted in your state. These lists show which chickadees are most frequently recorded on checklists on ebird in summer and winter in Manitoba.

Chickadees in Manitoba in Summer:

Chickadees in Manitoba in Winter: 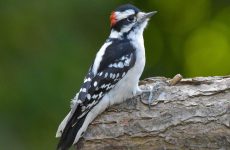 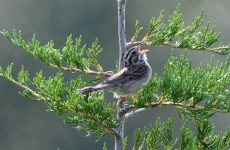 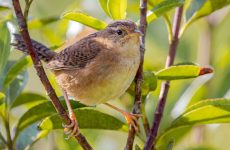 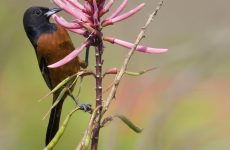