This guide will help you identify the wren species in South Carolina according to avibase. The wrens in this list are ordered by how frequently they are spotted, from most frequent to least frequent, according to bird watchers’ checklists for the state submitted to ebird.

You can print out a free bird identification photo guide for South Carolina to help you identify many of the birds that visit your backyard.

6 Species of Wrens in South Carolina:

Carolina Wrens are the most frequently spotted wrens in South Carolina, and they do not migrate. They appear in a massive 50% of summer checklists and 47% of winter checklists submitted by bird watchers for the state.

Although some can be seen all year, House Wrens are more frequently spotted during winter in South Carolina. They are recorded in 1% of summer checklists and 4% of winter checklists.

Marsh Wrens can be spotted in South Carolina all year, and they are recorded in 2% of both summer and winter checklists.

Winter Wrens can be found in South Carolina during winter and occur in 2% of checklists. They start arriving as early as August, and some stay until May, but November until March are the best months to spot them.

Sedge Wrens can be seen in South Carolina during winter. They can be spotted in the state from September to May.

Bewick’s Wrens are extremely rare and considered accidental species in South Carolina, and according to records, they were last spotted in the state way back in 1995.

Wrens in South Carolina in Winter: 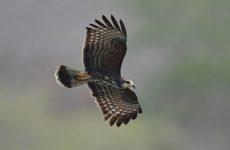