Migration is a common practice for many animal species, particularly birds. Seagulls are known to travel incredible distances but do they migrate?

The majority of seagull species do migrate. Like other migratory bird species, seagulls will fly to warmer climates to escape the colder months and the inevitable deprivations associated with the winter cold. The distance they migrate will depend on the species and where they are located.

Having said this, some seagulls will not so much migrate as they move a few miles away from their nesting sites. Other seagull species, which may be widespread over a few countries, let alone states, may have certain groups migrate while others may remain year-round in a single location.

Most seagull species do migrate. It is, however, of interest to take into account that while migration is relatively commonplace, it is not necessarily something that all seagulls will do.

The likelihood of migration will depend on where the seagulls are located and how the changing seasons will impact their food sources.

Different species of seagull are found on every continent throughout the world, from the Americas to Africa, Europe, Asia, Australia, the Arctic, Antarctic, and Australia. They are less likely to be found in the tropics, although there are some species that can be found on the Galapagos Islands.

As seen above, seagulls are found almost everywhere, and while some species that live in more clement conditions may not need to migrate, other species, particularly those found far North during the summer months, will need to migrate when winter sets in.

Seagulls that live in temperate year-round climates will travel only a few miles along the coastline to breed at a different location. In contrast, other species may travel over 4600 miles across oceans and continents during migration.

As certain species may be very widespread, even within the same species, you may find migratory groups as well as non-migratory groups. Some birds may simply move further inland to weather the winter months, while others may head to warmer climates.

Let us first look at what migration is before we go into why seagulls migrate and how they migrate.

When used in conjunction with animals, the term migration is used to describe the movement they make from one area to another with the changing of the seasons. Migration is seasonal, being dependent on when the seasons change.

For example, when winter draws near, many animals will migrate to warmer, more favorable climates, much like we, as humans, may prefer escaping the cold during the winter months and holiday in warmer countries.

Of course, birds have a lot more to do with survival as they don’t have warm houses to retreat to, nor do they have fully stocked grocery stores they can rely on year-round for food. Migration is a survival technique in animals, who may travel thousands of miles during their migrations.

What is fascinating about the migration of birds is that they will consistently migrate to the same area and back throughout their lifetimes, generation after generation.

Where Do North American Seagulls Migrate To?

There are over 30 different species of seagulls that fall under the family Laridae. Of these are a few species that are commonly found in North America. Some of the seagulls migrate, while some may move inland to lakes over the winter months. The following is a list of commonly found seagulls of the North American continent.

These are very common seagull species that are found not only in North America but in Europe and Asia as well. It is one of the larger gull species. This species will generally migrate south to warmer climates in winter. The North American birds move as far south as Mexico and South America.

Some Herring gulls, particularly those found on the east coast and lower great lakes, may actually remain in situ and not migrate in the winter months.

This seagull is found across North America and South America; only the Northern groups will migrate further south. This is a medium-sized gull with a cry that sounds like a laugh hence its name.

So-called due to the ring marking on its bill, this seagull is medium-sized and can be found in Canada and the Northern States. Ring-billed gulls will migrate south to Mexico, the southern Great Lakes, as well as the southern Pacific and Atlantic coasts of North America in winter.

Why Do Seagulls Migrate?

As mentioned earlier, seagulls will migrate to find warmer climates. The reason behind this is their very survival. Cooler winter temperatures and inclement weather will often mean scarcity in food sources.

The cold will additionally require the birds to consume more food for energy to stay warm, which can be difficult to do with food already being scarce.

Seagulls will fly, often thousands of miles, to warmer areas where food is more abundant.

Another very important reason behind migration is reproduction. Migration and breeding can often go hand in hand.

Seagulls will return to ancestral breeding grounds in order to reproduce; this is often concurrent with the change of seasons, allowing them to lay their eggs and raise their young in conditions that will provide the most sustenance.

Repeatedly returning to the same breeding or homing grounds will ensure that the birds have the largest possible genetic pool from which to procreate before heading back to their summer locations. Again, this behavior is integral for species survival.

How Do Seagulls Migrate?

While the physical action of migration may seem pretty straightforward, it is moving from one location to another. Several factors come into play for seagulls to safely navigate what can be massive distances on their migration routes.

Quite simply, how do they navigate across oceans and land masses with no technical whatsoever?

Unlike humans, birds have a few rather special capabilities (other than being able to fly). They have amazing eyesight and smell, as well as (although this is still under debate) an ability to use the magnetic field associated with the earth to find their way.

What is more, young birds will remember the flight paths taken by their parents.

When migrating, seagulls will fly long distances and will take the same routes and flight paths from one seasonal location to the next. While there may be deviations and minor detours depending on the weather, migration will generally follow the same path.

How do seagulls maintain the same flight path, you may wonder?

Like us, they recognize significant landmarks like mountains, hills, and trees. They will also recognize the shape of the coast as they make their way south, or north as the matter may be.

How many times have you sat with French fries at the beach, and one moment, there is not a seagull in sight, and suddenly you’re surrounded?

Seagulls don’t need to see you with your fries to know they are there. It turns out that they have a very good sense of smell!

Recent studies have concluded that seagulls can use their sight and smell to help them navigate during migratory journeys. Different areas will have different aromas based on vegetation, sand, and even human and animal populations.

Seagulls can use these diverse smells to help them navigate their migration paths.

Last but not least is the matter of memory. The migratory routes seagulls follow are not instinctively programmed into them. These are learned routes.

Young birds will follow their parents’ routes and learn from what they see and smell. These images and scents they will have to remember so that once their parents are gone, they too can continue returning to the ancestral breeding grounds and teach their progeny in turn.

Seagull migration is largely species-dependent. Some species will migrate across large distances, traveling over 4600 miles to warmer climates and better feeding grounds, while others may travel less than 100 miles along the coast to local breeding grounds.

Seagulls will migrate to get away from cold weather and the accompanying food shortages that come with it. These journeys will often coincide with breeding seasons where the birds will reproduce in warmer climates where food is bountiful before returning home in spring when winter has ended. 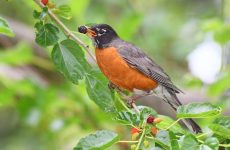 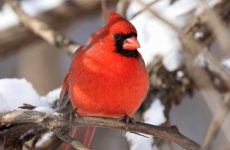 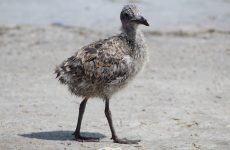 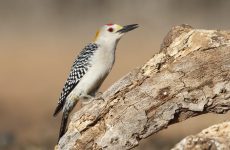