These tiny jeweled birds never fail to impress with a dash of speed and magnificent hovering skills and California is a great place if Hummingbirds is what you want to see. Many Hummingbirds are migratory and spend winter in Mexico or further south before migrating into the United States for breeding and many pass through California.

There are 361 species of Hummingbird according to the International Community of Ornithologists (ICO) and of these 8 can be found in California.

Some of the best locations to see these hummingbirds in California are Cabrillo National Monument in April to see Calliope Hummingbirds and the University of California Arboretum and Botanic Garden to see Anna’s and Allen’s Hummingbirds on the paved trail.

The most common hummingbirds of California are Anna’s Hummingbirds.

Species of hummingbirds are classed as a resident, seasonal, or rare/accidental in each state and according to avibase these are the types of hummingbird in California in each group and have sightings recorded for the state on ebird.org:

Resident Species of Hummingbirds in California:

Seasonal Species of Hummingbirds in California:

Rare/Accidental Species of Hummingbirds in California:

Read on to find out everything you need to know about hummingbirds of California with pictures to help you identify them all.

Allen’s Hummingbirds are only found in a narrow band of coastal forest and scrub they inhabit between California and Oregon.

Allen’s Hummingbirds spend winter in Mexico and migrate as early as January up to the Pacific Coast in California and Oregon. Some remain residents in central Mexico and around Los Angeles throughout winter.

Black-chinned Hummingbirds can often be seen sitting at the top of dead trees on tiny bare branches and often return to a favorite perch. They can be found along canyons and rivers in the Southwest or by shady oaks on the Gulf Coast.

Rufous Hummingbirds migrate as early as January but mostly pass through California between mid-February and mid-May and then back between Mid-June and October.

Rufous Hummingbirds are bright orange on the back and belly, a white patch below the throat, and an iridescent red throat in the males.  The females are greenish-brown on the back and rusty colored on the sides with a whitish belly. They are very similar looking to Allen’s Hummingbirds.

Calliope Hummingbirds in California are mostly seen during migration in most of the state. They breed in northern California and in the Sierra Nevada and some around San Francisco.

Spring migration is along the Pacific Coast to breeding areas in Northern California, Colorado, and up to northwestern states and Canada. They start migration relatively early to arrive from Mid-April to early May. Fall migration is south along the Rocky Mountains.

Broad-billed Hummingbirds are rare in California but some have been spotted in fall along the coast.

Broad-tailed hummingbirds breed in California along the border with Nevada.

How to Attract the Hummingbirds in California to Your Backyard

If you would like to attract more hummingbirds to your yard in California here are some tips:

To attract the most hummingbirds native plants especially red tubular plants attract the most. Try to provide flowers throughout the seasons and in California winter plants such as Gooseberry, Salvia and Manzanita are great for Anna’s Hummingbirds in winter.

How to Identify Birds in California

Here are some tips to help you identify birds whether you are out birding or backyard bird watching in California: 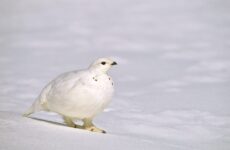 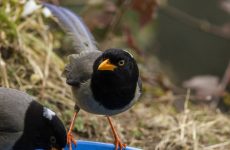 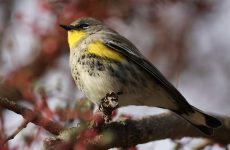