Broad-tailed Hummingbirds live in higher elevations and are iridescent green on the back, brownish in the wings, and white on the chest and into the belly. Males have an iridescent rose throat, but females and juveniles have green spots on their throats and cheeks.

Due to the cold at higher elevations, the Broad-tailed Hummingbird can slow their heart rate and drop its body temperature to enter a state of torpor. 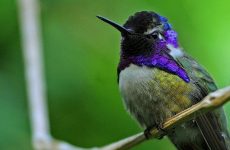 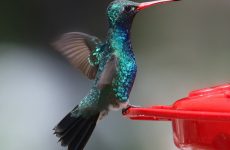 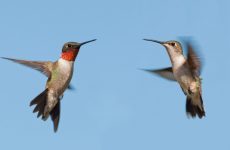 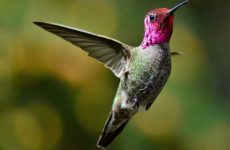